Dive into the world of Destiny 2 to explore the mysteries of the solar system and experience responsive first-person shooter combat. Unlock powerful elemental abilities and collect unique gear to customize your Guardian’s look and playstyle. Enjoy Destiny 2’s cinematic story, challenging co-op missions, and a variety of PvP modes alone or with friends. Download for free today and write your legend in the stars.

You are a Guardian, defender of the Last City of humanity in a solar system under siege by infamous villains. Look to the stars and stand against the darkness. Your legend begins now.

Choose from the armored Titan, mystic Warlock, or swift Hunter.

Titan
Disciplined and proud, Titans are capable of both aggressive assaults and stalwart defenses. Set your hammer ablaze, crack the sky with lightning, and go toe-to-toe with any opponent. Your team will stand tall behind the strength of your shield.

Warlock
Warlocks weaponize the mysteries of the universe to sustain themselves and destroy their foes. Rain devastation on the battlefield and clear hordes of enemies in the blink of an eye. Those who stand with you will know the true power of the Light.

Hunter
Agile and daring, Hunters are quick on their feet and quicker on the draw. Fan the hammer of your golden gun, flow through enemies like the wind, or strike from the darkness. Find the enemy, take aim, and end the fight before it starts.

Play with or against your friends and other Guardians in various PvE and PvP game modes.

Cooperative Multiplayer
Exciting co-op adventures teeming await with rare and powerful rewards. Dive into the story with missions, quests, and patrols. Put together a small fireteam and secure the chest at the end of a quick Strike. Or test your team’s skill with countless hours of raid progression – the ultimate challenge for any fireteam. You decide where your legend begins.

Competitive Multiplayer
Face off against other players in fast-paced free-for-all skirmishes, team arenas, and PvE/PvP hybrid competitions. Mark special competitions like Iron Banner on your calendar and collect limited-time rewards before they’re gone.

Thousands of weapons, millions of options. Discover new gear combinations and define your own personal style. The hunt for the perfect arsenal begins.

Season of the Risen 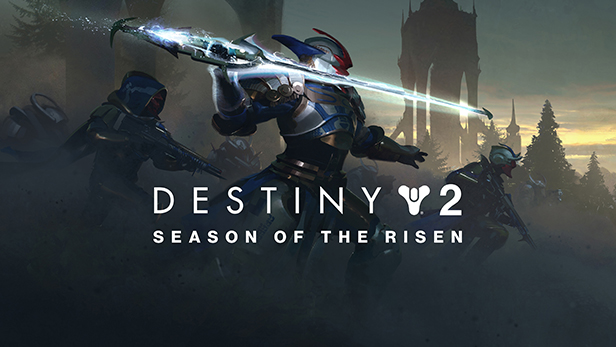 Fight for the Light

Armed with Light-suppressing technology shared by Empress Caiatl, we will stand against the Witch Queen’s growing army. And in the face of unimaginable odds, we will Triumph. For even though the Lucent Brood may rise, Guardians never fall.

Battle through the Witch Queen’s army on multiple destinations. Cut through the horde, make your way to her Hive lieutenants, and stop the unstoppable.

In this complete redesign of the Void subclass, players can now harness the power of the Aspects and Fragments system introduced with Stasis to customize their Void Guardians like never before. To weaponize the unknown. To gaze into the Void.

We use cookies on our website to give you the most relevant experience by remembering your preferences and repeat visits. By clicking “Accept All”, you consent to the use of ALL the cookies. However, you may visit "Cookie Settings" to provide a controlled consent.
Cookie SettingsAccept All
Manage consent

This website uses cookies to improve your experience while you navigate through the website. Out of these, the cookies that are categorized as necessary are stored on your browser as they are essential for the working of basic functionalities of the website. We also use third-party cookies that help us analyze and understand how you use this website. These cookies will be stored in your browser only with your consent. You also have the option to opt-out of these cookies. But opting out of some of these cookies may affect your browsing experience.
Necessary immer aktiv
Necessary cookies are absolutely essential for the website to function properly. These cookies ensure basic functionalities and security features of the website, anonymously.
Functional
Functional cookies help to perform certain functionalities like sharing the content of the website on social media platforms, collect feedbacks, and other third-party features.
Performance
Performance cookies are used to understand and analyze the key performance indexes of the website which helps in delivering a better user experience for the visitors.
Analytics
Analytical cookies are used to understand how visitors interact with the website. These cookies help provide information on metrics the number of visitors, bounce rate, traffic source, etc.
Advertisement
Advertisement cookies are used to provide visitors with relevant ads and marketing campaigns. These cookies track visitors across websites and collect information to provide customized ads.
Others
Other uncategorized cookies are those that are being analyzed and have not been classified into a category as yet.
SPEICHERN & AKZEPTIEREN